When people ask me “what’s your favorite day of the year?”, I always reply “Halloween”- It’s not my birthday, nor a specific date that holds special memories- which is a bit odd coming from a girl of a conservative Muslim society who never celebrates such things nor believes in the suitability of dressing up as anything but human. But then again, I’ve always been an odd one!

I’ve always loved the idea of Halloween. It simply creates a different vibe all around you; the thrill when someone tries to scare you, or the fear of someone lurking somewhere around you (in a friendly way of course). People can literally be their weird selves and unleash their crazy side without being judged. The idea of dressing up as one of your favorite character alone makes you feel superior enough to experience a life you’re not in. You live the life you’ve always fantasized about in your imaginary world.

I’ve never really celebrated Halloween until I moved to Canada. When I was in Yemen, I could only throw a small party with some close friends whom I feel comfortable around enough to celebrate Halloween with. Now that I live in Canada, Halloween has become more dramatized to me. People of all ages dress up. They go out in public wearing everything and anything you can think of. Some people go all the way with their makeup skills; blue skins, scarred bodies, blood- oozing faces.. etc. Their houses are all decorated with dim lights and creepy silhouettes, ghost figures, bones, witches; you name it! Children knocking on every door wearing the most adorable costumes (or a funny one) are quite an entertaining part of the day. Basically, the whole environment gets perfumed in laughter and chills altogether.

The more I got into the exciting spookiness of this day, the more I started to wonder: “why don’t we have Halloween back home?” “Is it an idea that started in the foreign lands and never made it to our part of the world?” I went on with my questions until I decided to ask one out loud. That’s when my father answered with “Well, we actually did have something like Halloween back home in the past”

I was surprised with the answer as I asked him to tell me more.

He told me that somewhere located in mid-Yemen, there’s an area that once used to celebrate what was called “Qoshe’e Day”. On a certain time in the year, women would dress up as men, and men would dress up in different animal skins and animal heads as masks. Everybody would scare each other, sing and dance in their costumes all day.

That’s when I recalled one of my teachers one time telling me a story, when he went to a village somewhere in northern Yemen and people would paint their faces in blue on a particular day. They’d usually only come out like that on a full moon. Their behavior would still be the same- performing everyday’s normal human activities- but they would look scary as hellfire, especially at night.

As an over thinker and a wonderer, I drowned in thought about those different stories for quite a while; and that’s when I realized that maybe the whole idea of Halloween/Qoshe’e is a natural human’s instinct to stay sane by being insane at times!

0 comments on “A Lost Celebration” 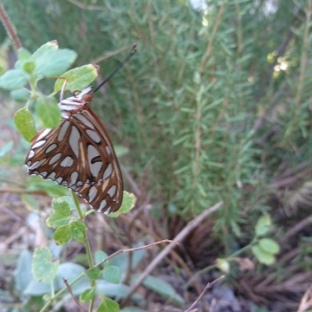