The amusement park no longer rises cold and stark. The kids had to find another place to huddle in the mist. Most of them, anyway. The third replenishment from the fourth inundation couldn’t find funding, not city, county, state, forget about federal, business coalitions. Roller coaster rails were being shipped off to lower-altitude, drier places with light rail projects. Electric motors were being sorted to determine which motors would be best for which type of “green” vehicle. It was a buying-time operation to make it look like someone was doing anything about something. Time was being purchased at the cost of genuine solutions. That was just fine for the righteous remnant of the mist-huddled kids. As long as the heavy equipment tag sale in the twisted remains Centripetal City was going on, the land wasn’t going to be used for anything else. With half of the place a total—literally—washout in the last inundation, it may never see another Certificate of Occupation again.

Any junk too heavy to carry out on foot would be observed remotely if it were purloined or peculated by vehicle. Anything that could be walked out either already left or was worthless. Worthless to most people, anyway. There was nothing on the lot remaining that was sufficiently tall that someone would get killed falling off of it. So after the auctions and walk-arounds were done for the day, security was a guy watching creepy stuff on an LG phablet 20 feet behind the former main gate.

Pat and Kyle actually waved at the old pervert as they entered the skeletal remains of four generations of close-by, economical, good clean family fun. Rather than join the others tonight, they were going to test their Tel hypothesis. After the multi-ton rides had been disassembled, some of the ground they stood on started to buckle upwards; many feet upwards in some cases. Was it possible That Centripetal City was built over the remains of older parks, or at least was it possible that the lost and broken things from past generations were piled up in layers; layers of ownership, style, patrons?

“Pat! Pat! Lookit this! Lookit! Lookit!” Kyle could get excitable; Pat knew to take a deep breath and count to seven before engaging a Pat Attack. Three, two, one…

“What are we looking at, Kyle?” Pat could make them out perfectly well and also saw Kyle putting down the garden spade and picking up a tablespoon and a camel’s hair brush. Grid wire would probably be next. The find was a box of bubble gum cigarettes next to about half a box of candy necklaces.

“Good job, Kyle. Lucky Strikes, Pall Mall, Camel. They went out in the 60s I think. Probably two owners ago at least; we can Google it I bet.” Pat got busy with a pick; not really good practice when a partner just found a small object, but archaeology could engender ruthless competition. Five strokes later, BANG! It was a locked carnival midway prize shelf. Comic pencil erasers, the little Indian, the dolphin, pithy pin-back buttons on the bottom shelf. Kewpie Dolls on the middle shelf, Yodel Bears and stuffed moose and elephants on top. The kids were getting deeper and deeper. By the time they hit elixir bottles, their heads were about 12 feet below the surface. Neither of them had thought to bring a ladder, but Pat was able to stand on top of the prize shelving and push Kyle, carrying some booty, out of the hole, and then get hoisted up by Pat out of the underworld and into the empty world of forgotten amusements.

They found about half of the huddle kids in a former corn dog stand; all that was left was the thatched peaked roof and a serving shelf.

“It’s true, it’s true. It’s a Tel. Centripetal City is the top layer of a mound of older amusement parks,” Kyle blurted out, overexcited as usual, starting to hyperventilate. Pat dumped some of the finds on the shelf, about 80 years’ worth. None of them had ever seen a yodel bear before and the idea of bubble gum cigarettes was alien to this vaping bunch. Some of the rubber pencil-topper erasers, from the bottom shelf, engendered comments about how they couldn’t be sold today. The huddle kids were at what for water is called the “triple point,” where water could exist concurrently as ice, liquid water, and vapor. For them, the Tel hypothesis was, at the same time, a distraction from going to third base, a new neat thing that nobody knew about yet, and an opportunity to have a slam-dunk on a college entrance exam.

The next night the crew came by bicycle, guitar cases strapped on their backs El-Kabong style. Three of the cases had guitars, the rest had picks and shovels borrowed from suburban garages. They were singing “Dona, Dona” as they rode past the old perv on guard duty. They were to have what Sarah called a “kum-sits,” a folk song get-together. At the surface level, anyway. In perfect Great Escape fashion, there was always music and singing above and always people digging below. The Tel hypothesis looked like it was going to be confirmed. There was a hollow where a couple of Mad Saucers were parked along with some child-sized railroad cars. Was there any amusement park still running hokie rides like that anymore? The next level down was the winner. Perhaps from 1910 or so, definitely before the first World War, what they would find out was a “Giant Strider,” a tall pole topped with a rotatable disk on top, six ropes tied to the disk, reaching down to the children on the ground. The faster the kids ran, the easier it would have been to be airborne for 30 or 40 degrees of arc. The Giant Strider was completely gone from the collective consciousness, and it was what green-lighted the project formally. The town Historical Society negotiated permission from the bankruptcy trustees for the dig to carryon after the daily auctions and carryings-away of the used machines and parts. The formal mission was to (1) recover artifacts of historic interest, like the Yodel Bear, and to ascertain when centrifugal force was first used for children to get entertained and throw up.

Max had a summer internship on a fire line in the Reckawawang State Forest and knew his way around assorted implements of destruction. He made sure to caution everyone to take it easy. Swinging steel, if overdone, he would tell them every chance he had, could rip the bones from their backs.

Felicity was a little shy; Max advised everyone of her talents. “She had first aid certification from American Youth Hostels. She was also a member; she’s damaged it all and patched it all back up. If I don’t see you before you fuck up, go to her and she’ll get you at least a fighting chance of getting home in one piece, or at least in a small number of re-attachable pieces.”

A post-grad from Carmody University got wind of the project and one night, after wandering around in circles, clothing fence-torn, the “security guard” asked him if he was looking for the kids and directed him there. The scholar-visitor arrived in time to see a new layer cleared. There was a stone column embedded in the surface, the visible part shaped like an hourglass. The surface had a serpentine marking pattern. The waist of the column had wear marks on it. The kids guessed what it was but let Mitch from the University be imperious and knowledgeable.

“It looks like braided gut, bow strings, were wrapped around the middle of the column and people danced around it or ran around it for some reason.” He took his UV lamp, a nice one with UV-A and UV-B and rant them along the walls. “There may have been some carving in the rock and there will hopefully be some traces of pigment. We can date the level then.

Kyle chimed in. “This looks like we’ve hit bottom. Indian kids played here, running around a stone pylon. Ploughing into each other, laughing, needing to get patched up.”

Something thudded onto the dimly lit surface; it looked to everyone like a big cat making a perfect 4-paw landing. But it wasn’t a cat. The pervert security guard, sans phone, stood up. None of them had ever seen him closely; he was always seated, face hidden behind the phablet. They now noted the copper skin tone, straight black hair, high cheekbones. The security guard was a Native American. Mitch took an opportunity to glom some academic points from this spiritual-looking encounter. “Can you read the glyphs? If they are really glyphs. This could be the oldest writing in the western hemisphere.”

“Sure. It says ‘No one may come here since no one may stay.’”

“Yet here we are,” observed Kyle.

“You’ll learn that there’s being here and then there’s Being Here. May I come in? I’ll need you all to be my friends. You’ll be the ones to guard the dreams and visions of the people who were here before. Come.” Max and Pete, the security guard, got everyone safely down into a cave below what they though was the lowest level.

There was another hourglass but with six braided gut ropes around the looped over the waist. Pat, Mitch, Sara, Max, Julia and Mitch were the first to try it out at Pete’s invitation. Going walking speed widdershins, as directed by their “host,” they gradually sped up and gained altitude. But even with no one’s feet on the floor, they kept going.

“A baby surrounded by wolves. You?”

“A stick that won’t stop bleeding.”

Pete smiled. “You’ll learn to interpret what you see. You will have trouble and pain with people who want what you now guard; you might have to separate yourselves. It’s time for me to get out, while I’m still young.”

Pete seemed to just vanish. Pat turned to Mitch and shot him a question. “So. We have an answer for the historical society. People have been spinning around on this property for about a thousand years. But how exactly are you going to present your conclusions on this?” 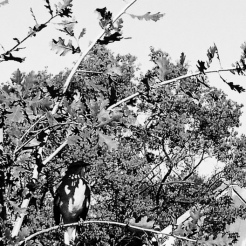 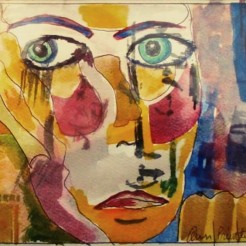