“..I built it spoon by spoon, spatula by spatula, all by myself, until it became what it is today.”

I cross the road to the building with the black gate. I ring the bell, two seconds, and am in. The smell of baking, chocolate, cakes, and a hundred other pleasant things fill the air. Despite my 25 years, I feel a sudden excitement at the idea of being so close to…dessert.

I walk to the basement, where her workshop is located. My eyes take a second to adjust, and a little more to absorb my surroundings; such a pleasant sight stood before me. Cake moulds, cake stands, colorful ribbons, ornamental pearls, boxes of different sizes, and all manner of glittery things I cannot quite identify. I have often seen all these things on Caneer’s Cake Stands at weddings and parties, except this time they were not on a cake but neatly stacked against the walls. I start recollecting my thoughts and prepared for the interview. I adapt, just to be taken, once again, by a treat to keep my company, while I waited. It is hard to ruin that beautifully carved cream flower, covered with cocoa, I thought to myself. With great regret, I finally do. The ingredients – whatever they were – are arranged in a way that makes it so unfamiliar yet so delicious. I cannot quite fathom what it is at first, but as I dive in, it finally hits me! It tastes like Passion.

After a few more, she arrives.

She studied Computer Engineering at Sana’a University, graduating with honors and eventually teaching there for two years, as a professor assistant. She was only 12 years old when she discovered her wild passion for baking. She spent hours experimenting or making “huge messes.” as she puts it, while her mother embraced her creativity with love and patience.

Her passion for baking has developed throughout the years. What she has created, now, is what is considered to be the best of cake businesses in Yemen. A married woman with a child, Doa’a Ahmed Zabarah, succeeded in launching a very successful venture from scratch.

In 2011, Doa’a graduated from college and had great hopes for joining the engineering community, desiring to implement what she had learned over her 5-year academic career. Unfortunately, Yemen at the time was experiencing significant political disturbance, and she found herself under house arrest, as a result. For a non- Qat* chewer and someone who likes to spend her time, fruitfully, Doa’a found staying at home with nothing to do intolerable. She had to find a way out, so she decided to ignite the cake passion she has been nursing for years.

Being financially stable, Doa’a had no plans to make it rich or get involved in the business world. She built it, passionately, spoon by spoon, spatula by spatula, and with the help of her supportive family, Caneer Cake With Passion became an official business on June 25th, 2011. The name Caneer was derived from the words “Cake” and “Engineer,” which reflects what Doa’a is at her very core.

Doa’a started preparing her cakes alone—to be later aided by her sisters and an Ethiopian girl. In 2013, Doa’a succeeded in opening her 1st workshop and started hiring more staff, until the team reached a total of eight. Being pregnant with her second child, she felt the need to be closer to her own house, so she moved to a bigger workshop. The change was a success and things went smoothly for quite some time.

But, as 2014 was drawing to a close, Doa’a found herself alone with her entire team gone. Embassies had evacuated and the Ethiopian staff was sent home. The Yemeni girls found it impossible to leave their homes with the deteriorating security situation. There was no stopping Doa’a though. She found an alternative in her younger brothers, Mohammed and Younes, and invited them into her kitchen. With their assistance, Doa’a managed to keep her business going. At last, Yemenis adapted to their new circumstances and, despite the fear, they chose to carry on with their lives.

In the last months of 2015, Doa’a started hiring again. Today, she has a team of thirteen.

“It is the passion…

Doa’a and her entire team are very passionate about what they do. They find the entire process entertaining and enjoy the spirit of the team. She doesn’t put anything on display unless she, herself, has enjoyed it to the very last crumb.

They also put much effort into ensuring that Caneer Cake remains on TOP in terms of, both, taste and appearance. Due to the current situation, however, they struggle to maintain the same quality of ingredients but still manage to do so every time. Doa’a has also been able to take her engineering skills into the kitchen, always checking the perpendicular and parallel lines of the cakes. “Our cakes have to look perfect. We don’t go with ‘Okay. It looks fine.’ It’s, either, 100% or 0%. Anything in the middle is not acceptable,” said Doa’a Zabarah.

..and treating customers with ultimate respect.”

Caneer Cake staff is reputed for their distinct politeness. They know how to handle customers, even the picky ones. Doa’a deals with criticism by trying to comprehend the different points-of-view. If the fault lies with Caneer Cake, Doa’a and her team take full responsibility and, often, offer a refund. If it is the customer, who is making the fuss, she listens, patiently, and tries to offer solutions and alternatives. When dealing with Caneer, everyone goes home with a smile!

Like all other products, Caneer Cake has had its share of disasters. Zabarah says that it took the falling of a number of cakes before she finally realized that a substitute could always come in handy. In 2016, Doa’a had an order of two similar cakes on consecutive dates, so she had them both prepared and ready. The first one fell to the floor and, luckily, was replaced within half an hour. True, she had to perform extra work to prepare the creation, but the day was saved! Zabarah now makes sure an alternative cake is ready and waiting in the fridge—just in case disaster should strike, again.

When asked about her favourite masterpiece, her answer was simple. “My favourite cake is always my last one.” Doa’a explains that the goal is not to compete with others but, rather, to compete with their previous products, always seeking new techniques to better them. It is always about producing products that surpass their formers.

“I think about Caneer’s next step all the time.”

Apart from going international, Doa’a dreams of starting her own Caneer Cake School. She hopes to one day build a school that lives up to international standards. One where pupils will not merely learn how to mix ingredients but, rather, the entire process of cake-baking: icing, design, decoration, packaging, stands… and–most importantly–baking with passion.

Despite being in a war-torn country, Doa’a succeeded in opening her first shop in December 31st, 2018. The opening lasted for four days, during which Caneer Cake became the leading trend in Sana’a. Doa’a believes that the war imposed on Yemen does not pose a challenge for her or any other Yemeni. With homes lost and salaries cut off, Yemenis decided not to give up and succeeded in finding other means of survival. They gained a better understanding of life, becoming more competitive and ambitious. More trends spread every day, more businesses thrive, and–despite the siege–Yemen continues to flourish. “It is not a hope: it is a belief that the war will be over. I know that this war has gotten the best out of us Yemenis,” concluded Zabarah.

I leave the room feeling refreshed with a Caneer bag and a Tiramisu. It’s sunny outside, and the world is, suddenly, a much sweeter place.

*Qat is a flowering plant traditionally used, as a mild stimulant, by the Ethiopian, Somali, and Yemeni communities. In Yemen it is a national phenomenon.

‹ Code of Patriotism
Advice is a choral voice › 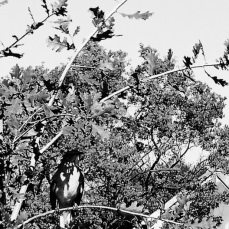 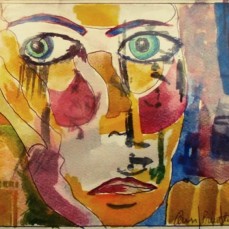 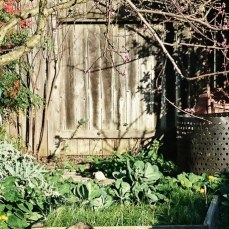